What are the characteristics of being Jewish?

This was a theme of our fourth chevrutah session for the Jewish Manifesto. It’s not such an easy question. What’s a stereotype and what’s an observation? Is there a way to look Jewish? Act Jewish? Be Jewish?

Do I look Jewish?

What does Jewish really look like? Does anyone know? But as one participant pointed out:

There might not be any one way of looking Jewish. But if you see a Jew who looks Jewish then you know they are Jewish.

Simple enough…only not so simple… In the Netherlands, looks signify identity. You look Dutch when you have pale skin and light hair. You look Jewish when you have dark hair, especially if it’s wavy or curly. These arbitrary physical attributes can be confusing for the participants in our discussions. A person with blonde hair spoke of being barred from entering the very synagogue where she did her Bat Mitzvah years earlier because she didn’t “look Jewish.” Another spoke of being constantly quizzed about her dark hair. Why was it so dark if she was Dutch? Another felt that her hair formed an important part of her Jewish identity. In her words: “They shaved the heads of my ancestors to break their connection to their identity. So my hair is Jewish. It is part of my identity.”

Do I act Jewish? Some of our participants didn’t find out that they had Jewish backgrounds until they were older. Many are only now exploring what this means. Does it mean being loud? One participant asked. Because I have always been louder than others.

Another wondered if being loud was a Jewish characteristic, what did it mean that they were so quiet?

Perhaps the characteristics we associate with being Jewish are those that make us feel most ourselves. This is especially the case when we have to mute parts of our personality to fit in. As many of us agreed, we feel the most Jewish around people who let us be ourselves, whether they are Jewish or not.

What’s most Jewish about us? We asked participants what really made them feel Jewish? Being loud, sarcasm, food, and compassion, were mentioned. One participant wakes up each day with the words of the morning prayer:

Some struggled with the feeling of being Jewish at all: how do I do this? What do I do? How do I pass this heritage on to my children when my own parents didn’t give me any tools?

In response, one participant said:

What’s most Jewish about us are our questions.

We want to hear from you

You can join us for a chevruta: details here

Or watch our film and respond!

Take 1 minute or less to make a video or write us a note responding to one of our questions. (If you are Jewish). Just put your phone in selfie mode and record. If you tag us on Instagram (@het_joods_manifest), we will find the film. Or you can send the video or note to us via Dropbox (you don’t need to have Dropbox yourself). 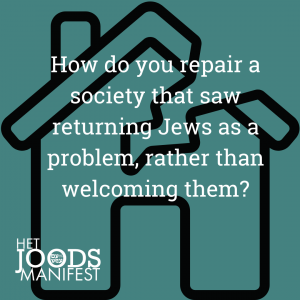 How Do You Repair a Broken Community? 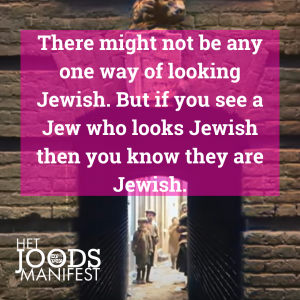 What Makes Us Jewish: Notes from Chevruta 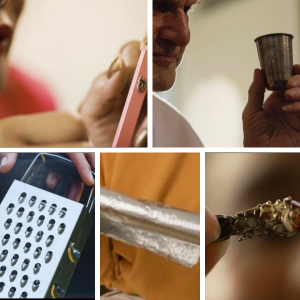 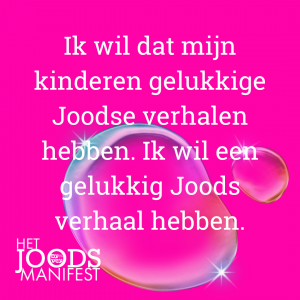 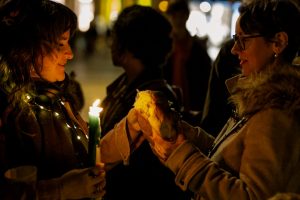 What is Our Story? Oy Vey (Acts), The Jewish Manifesto, Jewish Joy for Justice 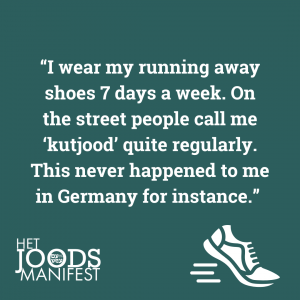 Notes from Chevruta: “I wear my running away shoes 7 days a week” 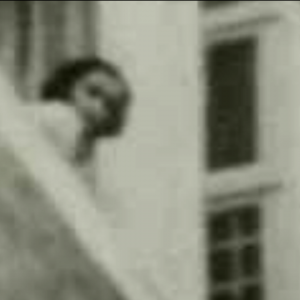 Reading On (Not) Reading Anne Frank 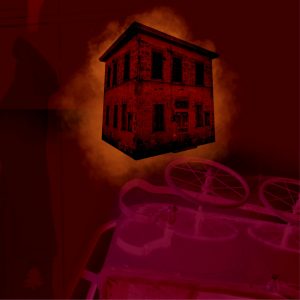 How Do We Find Meaning in Tisha B’Av? 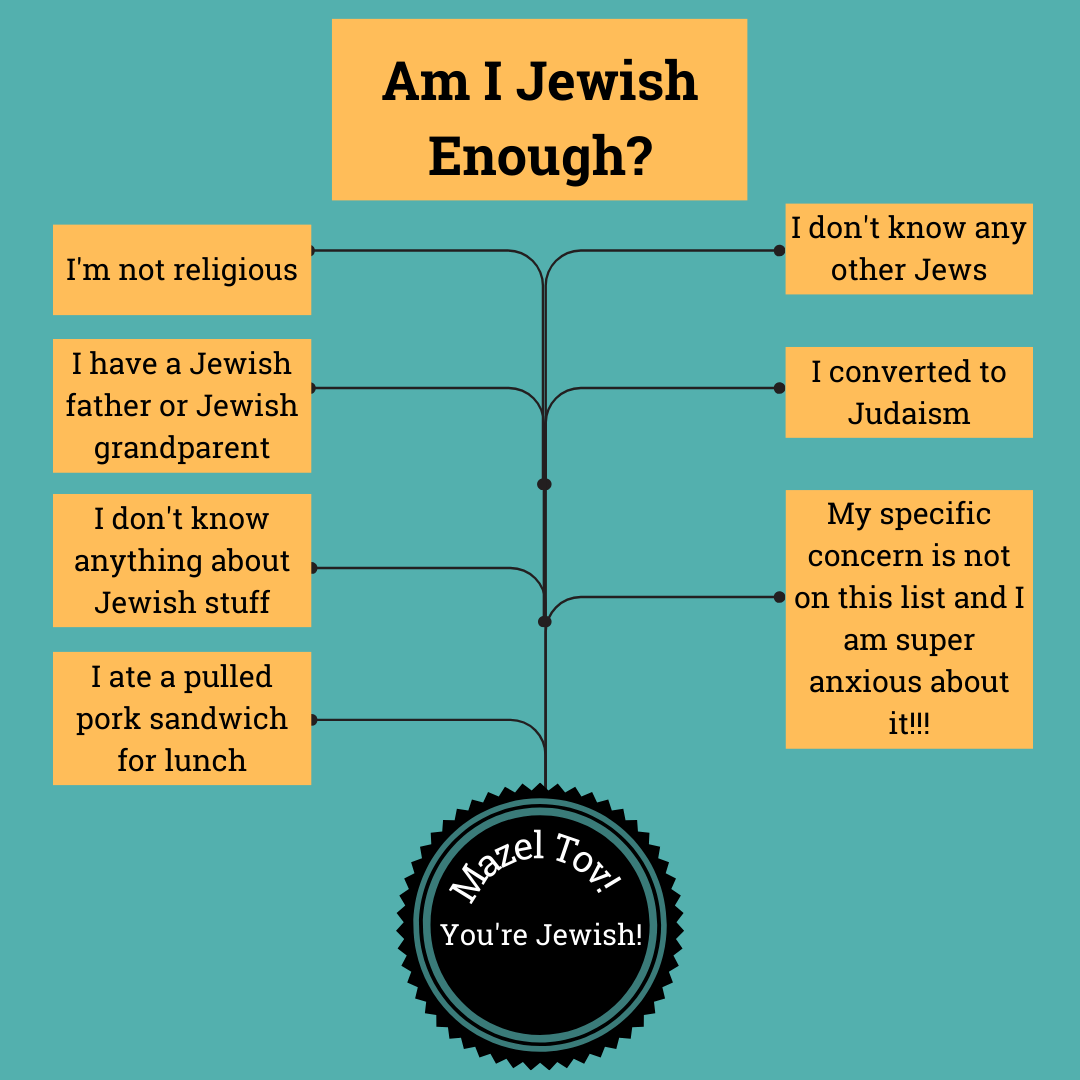 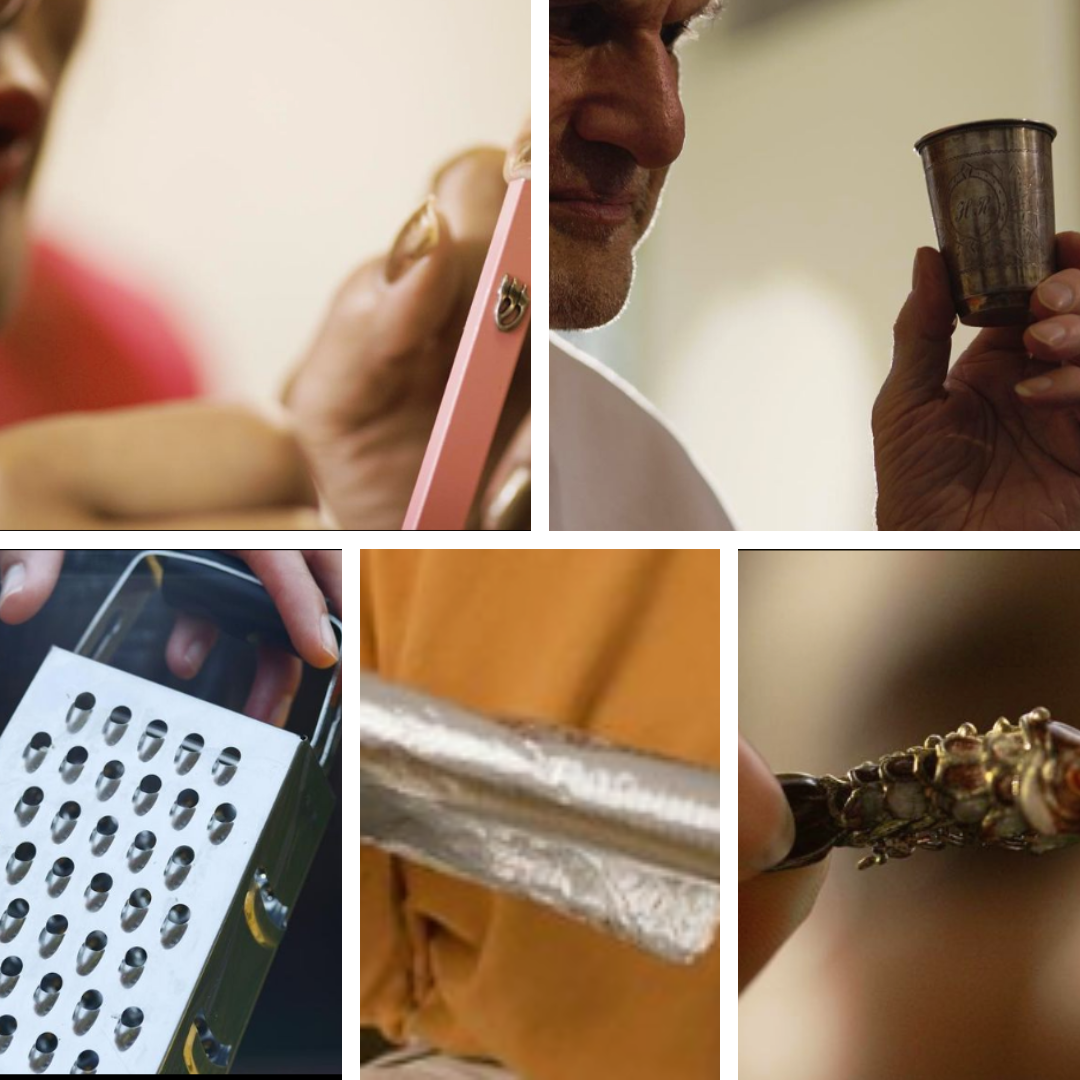 The Blog Manifesto from The Jewish Manifesto 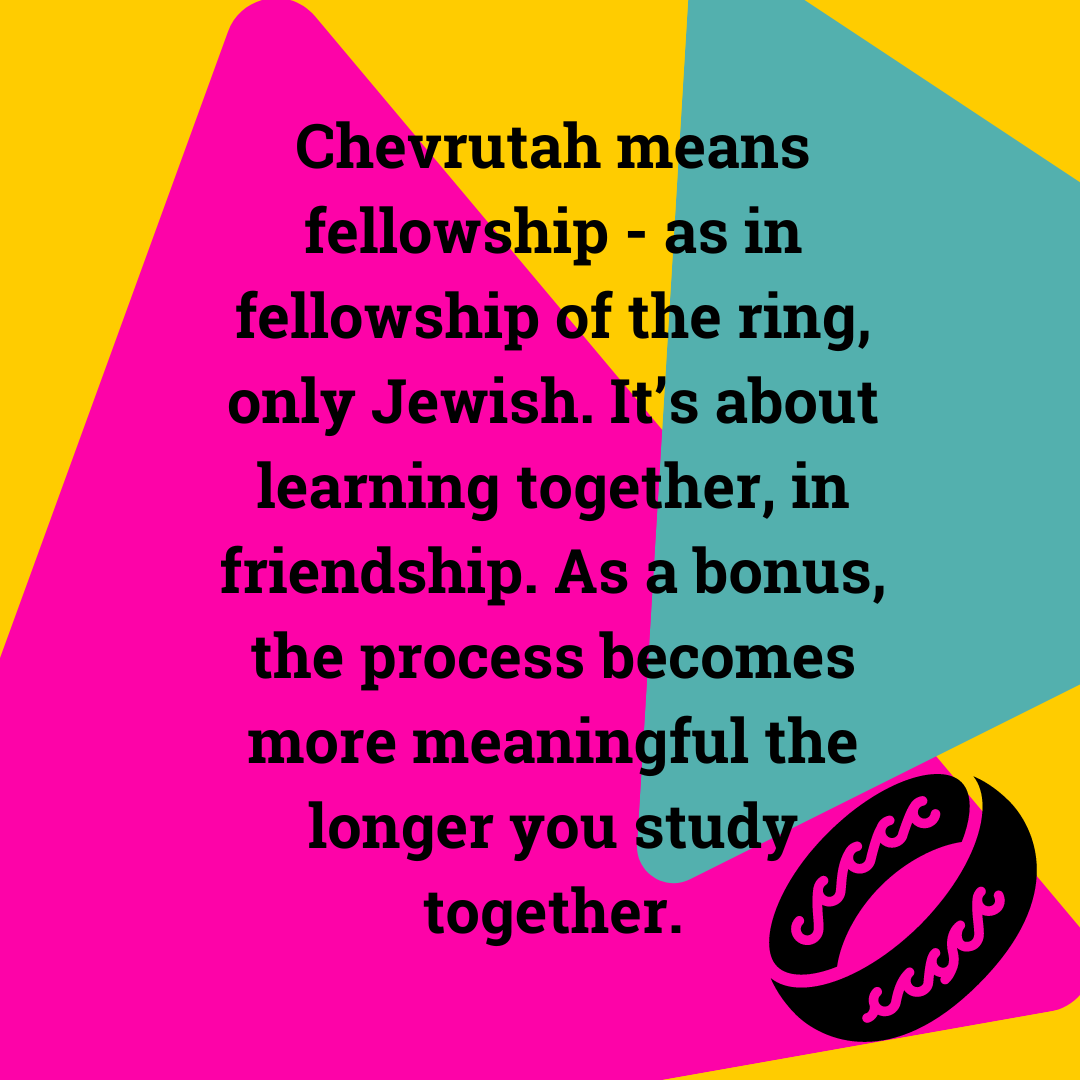 What is the Jewish Manifesto?